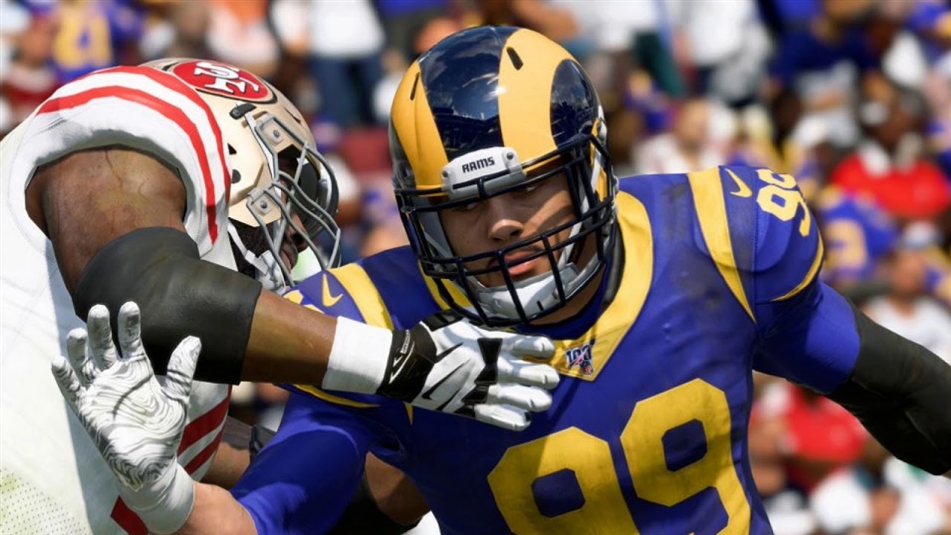 Here are your Top 10 players by overall rating in Madden 20.

Base Madden Ultimate Team rosters tend to start with lower overall ratings at launch than base rosters. Usually, the best players in the main rosters will begin the year in the 89-92 OVR range in MUT. For example, let's compare the MUT 19 "NFL Draft" Deandre Hopkins (which came out in late March) to the Madden 20 "99 Overall" Deandre Hopkins (at launch):

As you can see, the MUT "Overall" formula differs a bit from regular roster formula.Typically speaking, you're going to need to max out in every important rating for a given position in MUT to achieve the 99 OVR rating, while there is a little wiggle room where you can still achieve the 99 Overall designation in "Regs" rosters.

Either way, this database will allow you to do some mental team-building in anticipation of our MUT ratings release (exact date TBD)! You can check out the rest of the the rankings on EA's Player Ratings Database.

Who's ratings surprised you? Who got snubbed? Who will YOU be playing with on day 1 in Madden 20? Let us know in the comments section!