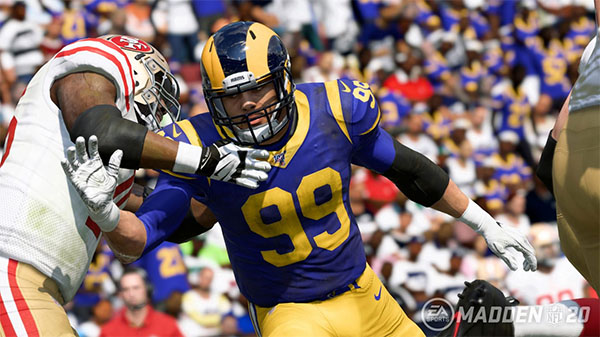 If you've been anywhere around the Madden community this week, you likely know about this weekend's Madden 20 closed beta. If not, here's what you need to know:

All modes other than Madden Ultimate Team and Face of the Franchise: QB1 Campaign are included in the beta. Keep in mind, none of your progress will carry over to Madden 20. If you will be participating in the closed beta, keep in mind that capturing or streaming beta content is not allowed. You can find more details on the closed beta on EA's official post.

At EA Play and throughout the week, EA Sports has been giving out codes that give access to the Madden 20 closed beta. If you weren't lucky enough to get one yourself but would still like a shot at participating in the beta, stop by Friday Night Football starting at 7:30 PM ET tonight on twitch.tv/mutheadtv. We'll be giving away 100+ codes tonight during the broadcast.

If you are one of the first few readers of this post, here are beta codes on Xbox One and PlayStation 4:

We hope you enjoy the beta!